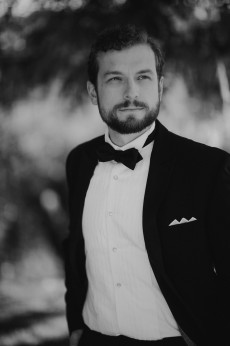 My grandparents immigrated to this country in 1950. They were hard working people that believed if you worked hard, play fair, and save your money, that you’ll be able to retire on your savings and live comfortably.

My grandmother worked in the banking industry for most of her life. She trusted the people who worked with her. When they referred her to their stock brokers, she listened and began investing based upon their advice. She traded whenever they told her to and bought whatever products they recommended because she trusted them.

Now let’s fast forward to retirement. My grandparents’ portfolio hadn’t really grown over the years because of the high cost of commissions and the poor products which they were recommended.

They were unable to stay out on their own because the nest egg they had worked so hard for wasn’t enough. They had to move in with my family. They tried to plan ahead but they were unaware of more well informed choices.

Where my career in financial planning began…

In the spring of my junior year of college I interviewed with a number of Wall Street investment firms.

Throughout my interviews I kept asking myself, would this Wall Street firm have helped my family?

After seeing what happened to my grandparents and due to the Wall Street abuses during the financial crisis I knew there had to be a better way to help people.

Then I watched a 2005 Stanford commencement speech by Steve Jobs. He gave a piece of advice that resonated deep inside of me, “You’ve got to find what you love.”

I think I watched that video half a dozen times that day. I kept hearing Steve Jobs say, “You’ve got to find what you love.”

I love analyzing data and bringing it to life and I love interacting with others and relating to them.

I realized that I love helping people make the most out of their finances.

My father has always said that the measure of a man is the impact he makes on the lives of others.

So, I asked myself 3 questions:

Who can I serve?

I wanted to help people that were like my parents, people close to retirement, with big hearts, big dreams and roots in their community. My clients would never have to suffer through what my family experienced. I wanted to provide them with trustworthy advice.

How can I help them?

To make a big impact in the lives of my clients, I knew I needed to be more than just an investment manager. I needed to look at the more important issues in a client’s life that go beyond just how much money they have in their bank account.

It was then that I realized that I didn’t really want to work on Wall Street. That I had only wanted to work there because of the large paychecks and all of the glamour associated with it.

What do I need to learn?

I knew that I could make a big impact by learning what the smartest investors and planners did and emulating them.

So, I studied hard, switched into the financial planning school at Virginia Tech and passed the CFP® exam in 2012. I’m proud to count myself among the 3% of Certified Financial Planner™ professionals who are younger than the age of 30.

So, I spent three years researching; I read thousands of hours worth of investment papers, books, interviews, and other literature. I realized that the best investors all used systematic processes and I distilled the wisdom that I gathered into an investment system for my own clients.

By systematizing the best ideas of both academics and practitioners I developed a methodology that could drastically reduce the potential risk in markets and smooth the growth of my client’s assets.

Because the investment process is systematized I tested various strategies as far back as I could (some as far back as the 1920’s!) to see how they performed in any market environment.

To further my ability to serve my clients using the best strategies possible, I founded my own firm, Adaptive Wealth Solutions, in 2014. The firm focuses on financial planning and risk-controlled investing solutions for retirees that can adapt to changing market conditions.

You can book an appointment and learn more about how we would work together by visiting the “Work With Me” page.

I’ve created this blog because my mission is to help you make better use of your resources with information that lets you maximize your security and growth. I hope you enjoy reading my blog as much as I enjoy writing useful content. If you have any suggestions or comments please feel free to contact me.