Between 2007 and 2014 inflation has raised the price of core goods and services by about 15%. As you can see above, workers in the 50th percentile and below have seen their real wages (after-inflation) decline by at least 2.7%.

FBI Examining Whether Russia Is Tied to JPMorgan Hacking (Bloomberg)

JPMorgan and possibly another financial institution have been breached by hackers. The attack is believed to be far too sophisticated for normal criminal hackers and is likely the work of an organized unit. Reports may place the hackers from Eastern Europe or Russia.

The Japanese stimulus plan, Abenomics, may be unable to reverse Japan’s decades-long economic slump. Analysts say that certain key reforms are being held up in the legislature. Wage growth and consumer spending remains stagnant despite a buoyed stock market and record corporate profits.

Snapchat Near Funding With Kleiner at $10 Billion Value (Bloomberg)

Snapchat may be close to securing $10 billion in venture capital financing. Snapchat is a messaging service where picture and video message disappear after being viewed. The app is incredibly popular with teenagers and young adults and has seen users soar over the past few years. But there’s one catch…it has no revenue and it’s unlikely to be able to use advertising due to the way the application works and for fear of user backlash.

Be careful about using an anecdote or single observation to make a decision. Try to remember that irregularities in observation can occur and humans like to latch on to anecdotal evidence. It’s best to use multiple data points to make an investing decision. 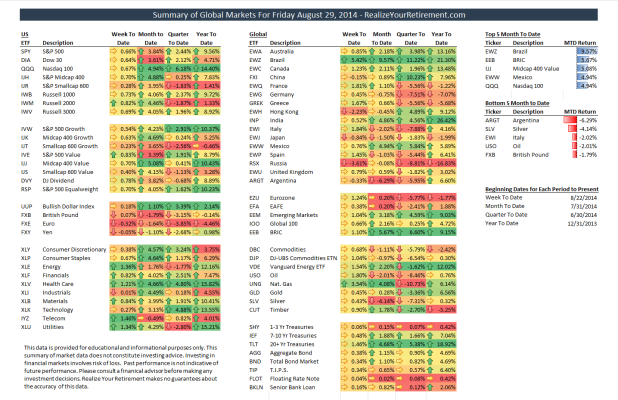