TSP funds are not mutual funds, which means they cannot be invested in by the general public. Instead they are trust funds that are managed by Blackrock Institutional Trust Company. These trust funds have management fees of .039% and below, which comes out to $0.39 per $1000. To keep management fees and transaction costs low, participants in the TSP are only allow 2 interfund transfers each month, after which they may only transfer money into the G Fund.

Check Out The Video Overview

Press CC on the player for captions. The four cornered box in the bottom right corner of the player makes it fullscreen.
Is the video suffering from long loading times? Press the gear wheel on the player and reduce the quality to 480p.

The TSP is broken down into the following funds: 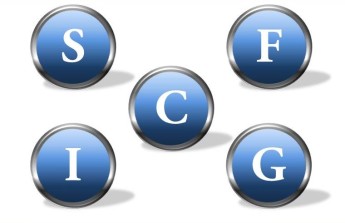 The C fund tracks the S&P 500, which is an index of the 500 largest companies in the United States. These stocks are considered large cap stocks.

The I fund tracks the Morgan Stanley Capital International EAFE Index, which includes large companies based in the regions of Europe, Australasia and the Far East. This fund typically invests in developed nations such as France, Germany, the United Kingdom, Japan, Switzerland, and Australia.

The G Fund directly purchases investment grade government securities issued by the Treasury department. These bonds are specially issued and nonmarketable, meaning they are not bought and sold on an exchange, which insulates this portfolio from interest rate risk.

Investors may also invest in lifecycle funds, the L Fund series, which invests their money in a predetermined plan according to their date of retirement. I’m not a big fan of lifecycle funds as the L Funds only concentrate on one aspect of investor’s needs, age, instead of their other investments, the economic environment, and risk tolerance. I’ve written an article just on the L funds in my post What Everybody Ought To Know About TSP Lifecycle Funds. (Soon to be updated for 2014.)

If you have any questions about the TSP, contact me by clicking here.

(This posted was last updated on July 15, 2014 from its previous version, which was originally published in January of 2013)

What Everybody Ought To Know About TSP Lifecycle Funds

Principles of Financial Freedom During Retirement: Investing in Stocks

Contribution Limits for IRAs and 401(k)s Increase For 2013