The European Central Bank has begun a round of 60 billion Euro per month of quantitative easing. The ECB will buy sovereign and agency bonds to combat deflation and attempt to reinvigorate the Eurozone’s economy. The QE program will continue until they see “sustained inflation improvement”.

Box shares opened at $20.20 a 44% jump from the IPO price of $14. Shares closed up 66% by the end of the day. As a rule I generally avoid IPOs due to the fanfare that surrounds them. After an initial bump due to market fervor, many IPOs fall in price, leaving those who bought shares after the IPO in an unfortunate position of buying high and then likely selling low. Regardless of the price action that follows the IPO, it’s generally not worth the risks involved.

Earlier today King Abdullah of Saudi Arabia died, and was succeeded by King Salman. Saudi Arabia is the de-facto leader of OPEC, therefore oil prices spiked 2% before returning to previous levels after King Salman stated that Saudi Arabia would maintain its high level of oil production.

Economic sanctions, falling oil prices, and a falling ruble have caused significant damage to Russian companies. Their troubles were exacerbated further when the Swiss National Bank removed the cap on the Swiss Franc last week. The cost of Russian obligations denominated in Swiss Francs has put the squeeze on many Russian companies that were already in a tough spot.

Google to invest in SpaceX (WSJ)

Google is reportedly close to investing $1 billion in Space Exploration Technologies Corp, better known as SpaceX, the rocket manufacturer founded by Elon Musk. The investment would be to further the work of SpaceX in developing a deep space satellite internet that would enable both access to the internet on both a global both global and eventually deep space scale.

Windows 10 And Project Hololens (Wired) (Image Above from Microsoft)

Microsoft debuted its next generation operating system this week along with an incredible surprise device. Windows 10 looks like a worthy successor to the superb Windows 7 and comes with a host of new additions, including Cortana their virtual assistant. The app ecosystem will be more unified across multiple devices as well. With a unified Windows, Microsoft may very well gain more traction in the phone and tablet space. Additionally, Windows 10 will be free for all Windows 7 and Windows 8 users.

What really stole the show was Microsoft holographic reality technology, the Hololens. It’s a headset that’s meant to be worn around your home or office that allows you to view three-dimensional images throughout your home. Without dedicating an entire article to it, I can’t do this device justice. Reviews from Wired, the Verge, and Ars Technica validate that it works just as it’s presented in their promo video. Check out the review video from The Verge below.

In their annual foundation letter, Bill and Melinda Gates state that “The lives of people in poor countries will improve faster in the next 15 years than at any other time in history. And their lives will improve more than anyone else’s.”. The biggest drivers for growth in poor countries will be increased crop yields through better strains of seeds, the eradication/dramatic reduction of certain diseases, mobile banking for the easy transfer of payments, and e-learning.

“It is the biggest Hubble image ever released and shows over 100 million stars and thousands of star clusters embedded in a section of the galaxy’s pancake-shaped disc stretching across over 40 000 light-years.”

Verizon Has No Plans To Add Rollover Data (The Verge)

Despite moves by AT&T and T-Mobile to allow customers to rollover unused data from month to month, Verizon has gone on the record stating that it has no such plans to follow suit. 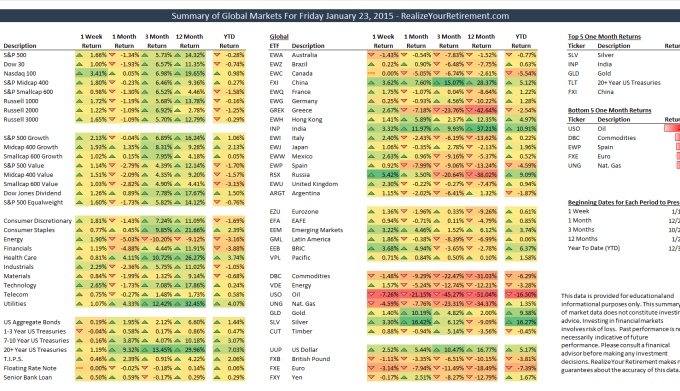