U.S. Households Are The Most Heavily Invested In Stocks Since 2000 (Dana Lyons)

“[In] the 2nd quarter, household and nonprofit’s stock holdings rose from 34.2% to 35% of their total financial assets. This is the highest percentage since 2000. In fact, the blow-off phase from 1998 to 2000 leading up to the dotcom bubble burst was the only time in the history of the data (since 1945) that saw higher stock investment than now.”

Investors typically invest more in stocks as they approach their market tops. Past recessions are long forgotten by that point and many, having been bruised by the most recent recession, are kicking themselves for sitting out of stocks until now. So many pile in and allocate more funds to stocks to make up for the lost gains. Others have seen their portfolios grow due to their allocations in stock and wish to achieve even greater returns by piling more into stocks.

It’s easy to get caught up in the excitement of a bull market, but it’s always important to temper that excitement with a healthy dose of risk management.

The economy doesn’t show any signs of a recession in the near future, but as markets showed us last month, we can expect small (or even larger) pullbacks as the market chugs along. Use this as a reminder for when you wish to allocate more funds to stocks than is necessary for your goals and risk tolerance.

Love Them or Loathe Them, Reverse Mortgages Have a Place (NY Times)

When I was studying financial planning during college, I developed quite a dislike for reverse mortgages. However, after reading several papers on the topic (the one below included) and seeing their possible uses, my mind changed. Reverse mortgages do have a place in some retirees’ financial plans.

You just need to be careful about how you utilize a reverse mortgage.Use it primarily as a risk management tool. Make sure to read the fine print, and utilize a well-known lender with transparent business practices.

The article quotes a paper published in the Journal of Financial Planning by members of the esteemed financial planning faculty of Texas Tech, “many retirees could benefit from paying the closing costs necessary to have a reverse mortgage line of credit (which lenders can’t close down, unlike home equity lines of credit) on standby for times when their investments have fallen. People could then borrow money via the reverse mortgage to live on, and repay it once markets recovered and they could get a better price for selling those investments. The net result is that retirement portfolios can last longer.”

Next year’s cost-of-living-adjustments (COLA) for Social Security beneficiaries are expected to be around 1.7%. From the article, “A 1.7% increase would increase average Social Security benefits by about $20 next year and boost the maximum amount of wages subject to payroll taxes by nearly $2,000 above this year’s $117,000 level.”

A federal judge in Oklahoma, Judge Ronald A. White, has ruled that Obamacare plans that are sold through federal exchanges are not eligible for tax subsidies; only plans that are sold through the state exchanges are eligible for such subsidies. Judge White states that the ruling was not politically motivated and that he is “upholding the act as written.”

Apparently the verbiage of the massive Affordable Care Act indicates that the subsidies are only available to state-run rather than federally-run exchanges. If upheld, insurance buyers in the 36 states that utilize the federally-run insurance exchange would be ineligible for tax subsidies.

If you converted savings from a traditional IRA to a Roth IRA in 2013 and wish to reverse your decision to do so, you should act soon. The deadline for reversing an IRA to Roth IRA conversion (called a recharacterization) is October 15th. 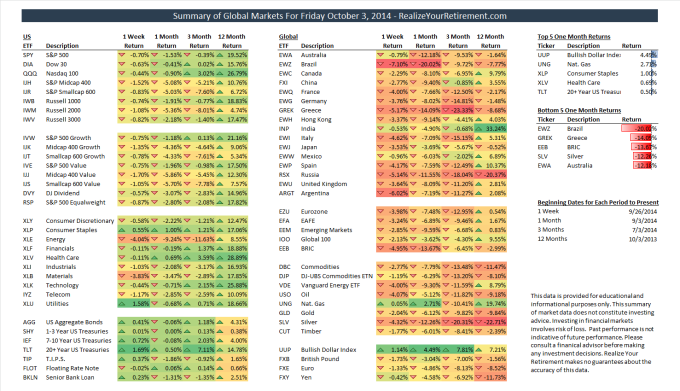